10 things you should know about iPhone 5!

What improvements Apple made to iPhone 5 ?

iPhone 5 is being concidered as the best smartphone in the current market, and there are reasons for that! Not only they construct it with better materials, but iOS 6.x.x also had great improvements!

Lets see what iPhone 5 has to offer!

Apple said that iPhone 5 is the most beautiful product has ever made and we can agree on that! It is made from glass and aluminium, and it is the thinnest smartphone you will ever find. Also the weight is very small, only 112g.

iPhone 5 has a Retina display which has a 326ppi with screen resolution up to 1136×640 and it can fit five rows of apps on the homescreen.

The camera is an 8-Megapixel and it is a little more enchanced with other features as well. This means that it is slightly better than the one iPhone 4S had, which was a great camera!

iPhone 5 does not have an A5 chip, like iPhone 4S, but has a new chip the A6. It is almost two times faster than the A5 chip and it supports better graphics as well.

iPhone 5 will support LTE (4G) connection, which means GREAT internet speeds. Apple also is introducing an “ultrafast wireless” and regular wireless technologies. The SIM card is getting even smaller, which is called nano SIM (a new nano SIM).

The battery is almost the same as iPhone 4S, and it can stand 8 hours talk time via 3G and LTE, and up to 10 hours of WiFi.

iPhone 5 will have three microphones, on the front, bottom and back. This was made to enchance voice recognition and noise cancelation.

The operating system is the iOS 6.x.x version, which has many mprovements than the previous versions.

Apple also created a new connector, which is called Lightning. They are 80% smaller than the previous connectors and they created adaptors as well to connect them with older devices.

The price will be similar with the previous models when they first release, and it will have 16, 32 and 64 Gb versions.

Do you own an iPhone 5? Share its performances and the differences with previous models with us! 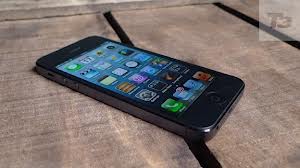