Home News CategoryApps 7 iPhone Apps that worth a fortune!
Apps

7 iPhone Apps that worth a fortune!

iPhone Apps that made their developers rich!

AppStore and Cydia are the only two places that you can advertise and sell your application. If you want to create and make some money from iPhone Apps you should know that it can be very profitable! Below you will read a list of 7 iPhone Apps that made their developers rich.

Create iPhone Apps and earn a lot of money!

The first of the most successful iPhone Apps is the iSteam which costs only $0,99. The creator is Kostas Eleftheriou and he managed to make this app with the help of Vassilis Samolis and Bill Rappos. iSteam application gave $100.000 to its developers in only 3 months!

The next application is Ocarina which was created by Ge Wang and Jeff Smith. This application gave to them $1 million in the first year. Their marketing strategy was to create videos of users that tried the application and upload them to Facebook, Youtube and twitter.

The Pangea Software company created Enigmo, which costs $2,99. This great application gave to this company $5 million in the first 15 months. They made a very important comment that all iOS developers should follow. You do not only have to have a fantastic idea, the execution need to be fantastic as well.

More iPhone Apps that worth many dollars!

Ethan Nicholas from United States created the iShoot application. This application gave to Ethan almost $1 million in less than 7 months, and he did not even knew programming when he got the idea of creating an iOS application. Hard work and determination made him learn C and he developed this great application.

Trism is another example of an application that makes money! Steve Demeter first released this application as a free one, then the cost rised to $2,99 and he made a profit of $250.000 in only 2 months!

Tap Tap Revenge that costs only $1,99 is created by Bart Decrem.In the first 3 months it return them almost $100.000 and at the end of the first year it had 20 million downloads!

The last one from those iPhone Apps is the iFart Mobile which was created by Joel Comm from United States. This is probably the most profitable application because it gave to Joel over $100.000 in less than two weeks! 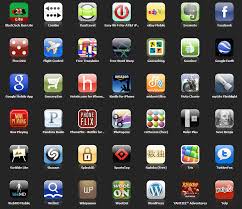