Comparison and Review of iPhone 5 vs Android phones

The reliability score was extracted from all the problem reports were made by users for their devices and certain factor were took into consideration. Apple’s handsets took the first place with 3.47 and Samsung took only 1.21. Nokia and Motorola were after them, but they score a very low number (0.68 and 0.13).

One of the most common issues many users complaint about their devices was poor batter life, which is a very important one and most smartphones have this problem. Samsung users reported many issues with their smartphone’s speakers and microphone. Overall, Apple’s and Samsung’s devices have a very good performance, but on the other hand Nokia and Motorola have problems like, Laggy Response Time.

If you are paying a lot of money for a smartphone, the least that you expect is a smooth and quick performance, and only Apple and Samsung managed to provide this.

Who did the comparison between iPhone 5 and the other smartphones?

The company which made this study is FixYa and its CEO said that “This study is an accurate and fair method of, scaled approach to fairly compare there top companies to truly see who is the most reliable, and who is barely even competing”.

This Study is considered a very reliable one but we would really like to hear from your personal experience your opinions. If you own a smartphone from the above companies, make a comment about the performance of your device! 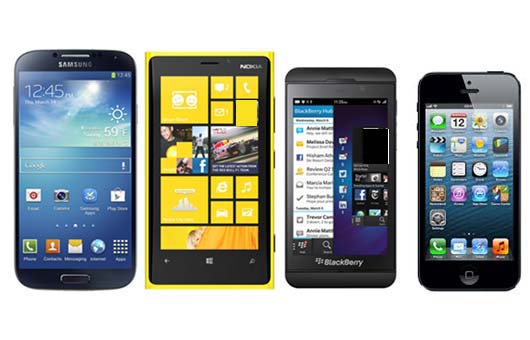