Top Tablets of the Market

What Tablet Should I Get?

Nowadays that the market is filled with tablets of many companies, you will probably confused of which device to pick. Several companies have released their version of tablet and their choice of operating system. So you will see out there iOS, Android and Windows devices from companies like Apple, Samsung, Google, Asus, Microsoft and Amazon. But lets see which are the top devices and what are their differences.

The first device is Samsung Galaxy Tab 8.9 which was released at 2011. Today’s price is £249 and it comes with the Android 4.0 Ice Cream Sandwich. Its screen is smaller than its bigger brother (Galaxy Tab 10.1) but it is smaller and lighter. You can easily read e-mails, e-books and browse to the internet. Samsung Galaxy Note 10.1 was released in 2012 and today’s price is £355. It uses the latest Android version, the Jelly Bean, and it has a very large screen, a quad core processor and it can offer you a lot more than an average tablet.

Are you a fun of Windows products? Then Microsoft Surface tablet might be your choice. It comes with the price of £399 and it was released in 2012. It obviously has Windows RT operating system and its hardware is great (Microsoft build all the hardware).

More Tablets for you to choose from!

Amazon Kindle Fire HD comes with Android Ice Cream Sandwich and it was released in 2012. It has an HD screen and it only costs £159, which is great for an HD feature. For casual tablet users it is ideal, cause it is easy to use for daily things and it has a very low price.

Google Nexus 10 tablet, which you all expect in this list, comes with Android Jelly Bean and it is one of the strongest Tablets on the market. Its price is £319 , it has a great screen and for this price it is the best choice!

The last two are iPad mini and iPad 4. You will probably wondering which tablet to pick, so lets start from iPad mini tablet. It comes with iOS 6, it costs £269 and it was released in 2012. iPad mini does not have a Retina Display, but its display quality is more than good!

iPad 4 is probably the best tablet you can find today at the market. It has a big screen with Retina Display, very powerful hardware and a great operating system. It supports iOS 6, its price is £399 and it was released in 2012 as well.

If you think which device to choose from all the ones we listed you above you must first realise what exactly you want to do with it. You do not have to buy the more expensive one if you just want to watch your e-mails and read an e-book. Make a smart choice!

Are you using any of the above Tablets? Please share your experience and thoughts! 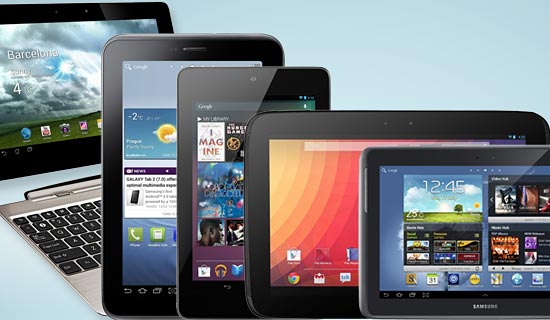