IMEI Check before I buy or unlock a Nokia Android phone

Nokia may have left behind in Android Smartphone technology but they decided to make things right in 2018. Until the end of this year, 12 Nokia Android phones will be released and a Nokia IMEI Check tool will become more essential than ever since more people will want successful Nokia Network Unlocking, day by day.

Nokia was founded in 1865 and it is a large multinational telecom, information technology, and consumer electronics company from Finland. In 2005, Nokia was the largest worldwide vendor of mobile phones and smartphones but those days are far gone (source: Wikipedia)

While Apple and Google pioneered smartphone devices, Nokia remained stuck to the traditional cell phone manufacturing. In 2010, Nokia decided that they should go for a new OS and two choices were available: Android and Windows.
Unfortunately, Nokia chose Windows.

In 2016, Nokia decided that if they want to become a large mobile manufacturer, Android OS is the only way and announced three Nokia Android phone models (3,5 and 6) for 2018. (source: Calldorado)

So, the new Nokia Android Devices which will be released until the end of 2018 are:

Why will I need a Nokia IMEI Check Tool?

I can’t tell how popular, the new Nokia Android mobiles will become but Nokia sales will go up nonetheless. When you buy a new Nokia cell phone, you will get a simlocked phone.

When you want to network unlock a Nokia smartphone, you must make sure that this device can be unlocked and here is when a Nokia IMEI Check Service steps in.

Every Carrier has a different SIM Unlock police but all of them require that the phone cannot be blacklisted and a certain amount of time spent under contract.

A good IMEI Check provider will suggest you how to proceed in case your Nokia can’t be unlocked through Wireless Network’s SIM Deactivation services.

Finally, in a few months refurbished Nokia Smartphones will start appearing and in this case, it is always better to IMEI check a used cell phone before you purchase it instead of using a Nokia IMEI Checker afterward, in order to find out why you can’t use your SIM card! 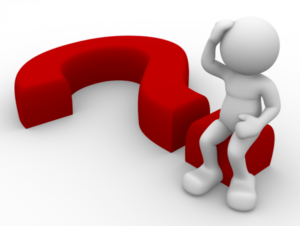 What is a Nokia IMEI Check Service?

In fact, I am talking about an Android IMEI Check Service. This service tracks down a mobile inside GSMA databases and uncovers all issues.

The only requirement of an IMEI Check tool is the IMEI number of the phone. You can easily find the IMEI of a Nokia Android phone by:

There are many things to take into consideration when you try to Carrier Unlock a Nokia Android device.

Can I find a Free Nokia IMEI Check Tool?

There are free IMEI Check services but here is the thing. None of them can access GSMA databases and this is why they won’t get you accurate results. Of course, it is free of charge to try any of them but you will regret it in the end when you won’t be able to unlock your Nokia Android device.

I hope you found this article useful. Leave a comment below with questions or your experiences with IMEI Checking. Until next time, take care.

Hey there, it's Mike P. I am a Chemical Engineer and I totally love science, music & technology. I've spent many years learning about iPhone and Android phone mechanics and SIM Unlocking - Checking procedures and the time has come to share this knowledge with you.