What is iPhone Unlocking?

Have you ever heard of unlocking an iPhone? Ever been wondering what exactly do people mean by’ unlock your iPhone’ or saying that they have unlocked their iPhone?

To make things more clear and easy, recall the concept of jail-breaking . I am sure most of you are pretty well aware of the concept of  jail-breaking an iDevice. The Idea of  unlocking  is somewhat similar to  jail-break.
by definition Unlocking  is  known as the process of modifying the iPhone’s software to allow the phone to work on cell phone carriers other than the official carrier in a given country.

Unfortunately Apple has set up its business strategy in such a way that they select one or a handful of official iPhone carriers in most of the countries.Apple does not sell iPhones configured to work with carriers other than the one they select.

So what happens when you unlock the device?

Is it safe and legal to unlock the iPhone?

The fear of breaking the law or conducting an illegal act is always part of  our consciousness.This is a good thing indeed,However you need not to worry about it when it comes to unlocking your iPhone,so just  relax!
There are more than a million people in this universe who unlock their iPhone.This has really become a very common practice nowadays.

The Library of congress in USA, declared unlocking iPhone device as  legal in july 2010.The authorities claimed that ‘users have the complete right to unlock their iPhone’ to work with carriers other than the official carrier 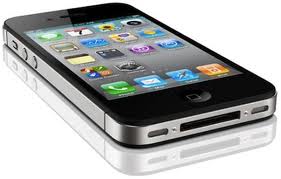